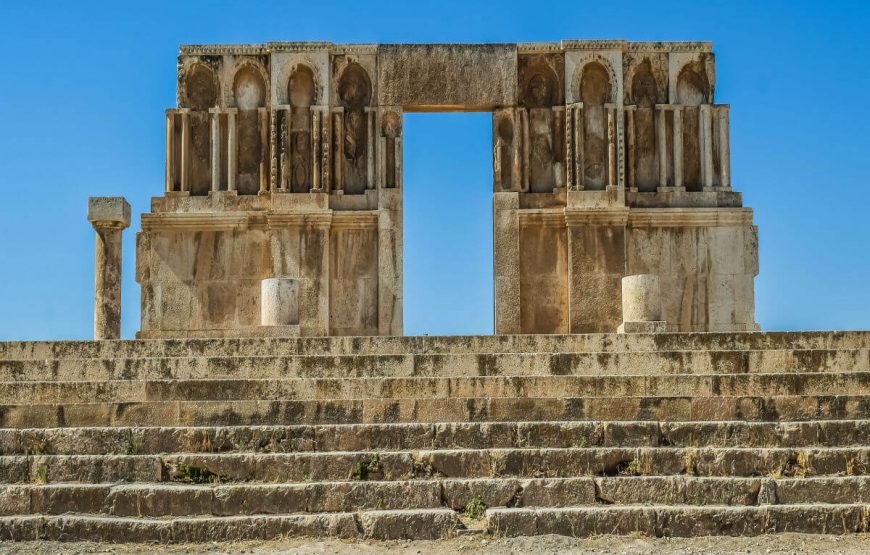 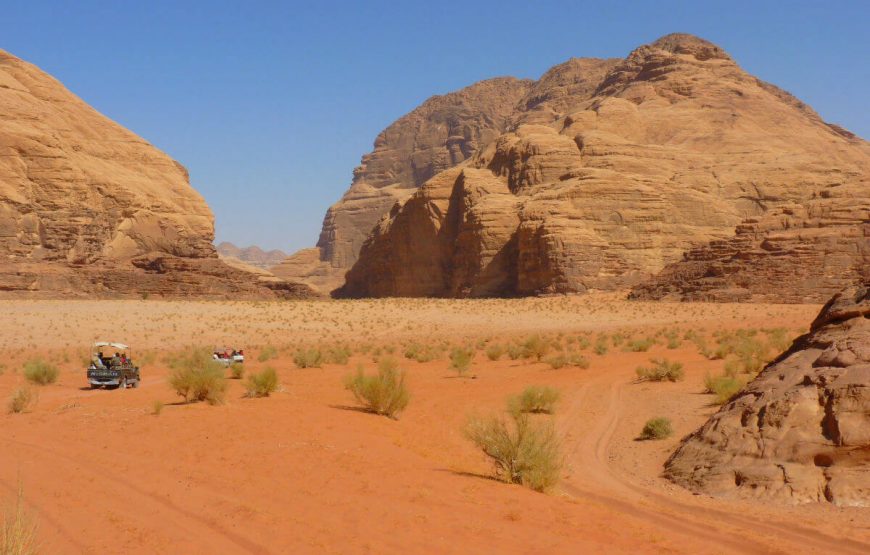 Welcome to Jordan!!! Arrive at Amman Airport, meet & greet by our representative who will assist you in the Visas formalities. Then you will proceed for the hotel. Check In at the hotel. Evening free at leisure. Overnight at the hotel in Amman. (D)

Today after breakfast, enjoy a panoramic tour in the city of Amman then we head to visit the ancient Roman city of Jerash, including the paved and colonnaded streets, soaring hilltop temples, theatres, spacious public squares and plazas, baths, fountains and city walls. Proceeding to northern Jordan to visit one of the most important ecological and historical sites in the Middle East; Ajloun. Ajloun Castle (Qal’at Ar‐ Rabad) is a fine example of Islamic architecture as it was built by Saladin’s general in 1184 AD to control the iron mines of Ajloun, and to counter the progress of the Crusaders by dominating the three main routes leading to the Jordan valley and protecting the communication routes between Jordan and Syria. Then continue to the lowest point on earth which is the Dead Sea. Overnight at the hotel in Dead Sea (B,D)

Today after breakfast, Entire day is at leisure. You may enjoy Dead Sea on your own. The landlocked Dead Sea sits 1,312 feet (400 meters) below sea level in the Jordan Rift Valley, making it the lowest point on Earth. Floating in its warm, mineral-rich waters is an experience that should not be missed. Overnight at the hotel in Dead Sea. (B,D)

After breakfast, we head to visit Madaba, a city best known for the famous 6th century Mosaic map of Jerusalem & Holy Land and for its spectacular Byzantine and Umayyad mosaics. Proceed to Mt. Nebo a city mentioned in the bible as the place where Moses was granted a view of the promised land that he would never enter. Proceed to visit Little Petra best known as Al Beidha (the White One) due to the pale rock colors. Little Petra, also known as Siq al‐Barid (literally "the cold canyon") is an archaeological site located north of Petra and the town of Wadi Musa in, it is a Nabataean site, with buildings carved into the walls of the sandstone canyons. As its name suggests, it is much smaller, consisting of three wider open areas connected by a 450‐metre (1,480 ft) canyon. It is part of the Petra Archeological Park, though accessed separately. Then continue to Petra. Overnight at the hotel in Petra (B,D)

After breakfast, we head to visit the Nabatean Red Rose city of Petra, one of the 7 world wonders and a UNESCO World Heritage site. Enter the city through gorge which is flanked either side by 80m high cliffs! Notice the dazzling colors and formations of the rocks. The site is massive, and contains hundreds of elaborated rock‐cut tombs, a treasury, Roman‐style theatres, temples, sacrificial altars and colonnaded streets. Overnight at the hotel in Petra (B,D)

Today after breakfast, we head to Wadi Rum (a natural reserve) and explore it by jeep ride into the Jordanian desert! Wadi Rum was best described by T.E. Lawrence as “Vast, echoing and god‐like”, and by the locals as “Valley of the Moon”. Overnight at the hotel in Wadi Rum (B,D)

Today after Breakfast proceed to Amman. You may explore city on your own. Overnight at the hotel in Amman. (B,D)

Today after Breakfast check out of the hotel and proceed to the Amman airport for the flight back home with lots of memories to cherish for a life time. (B) 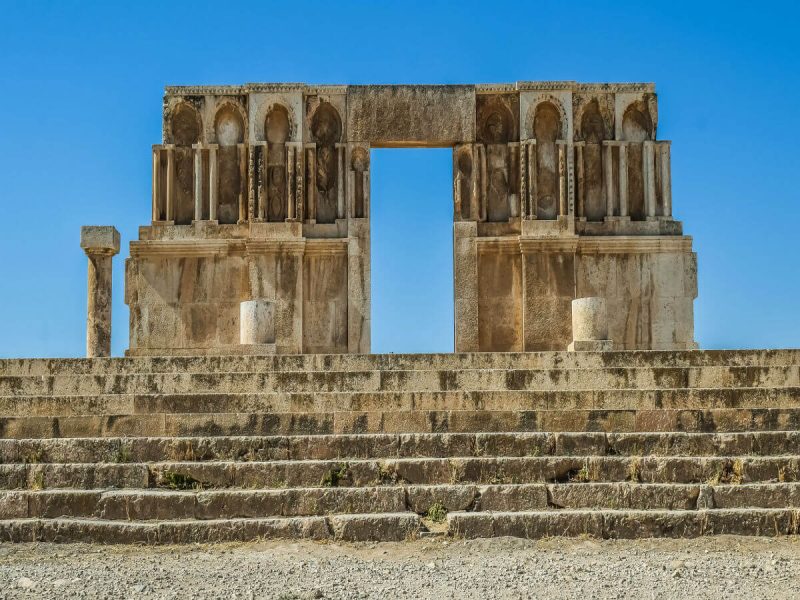 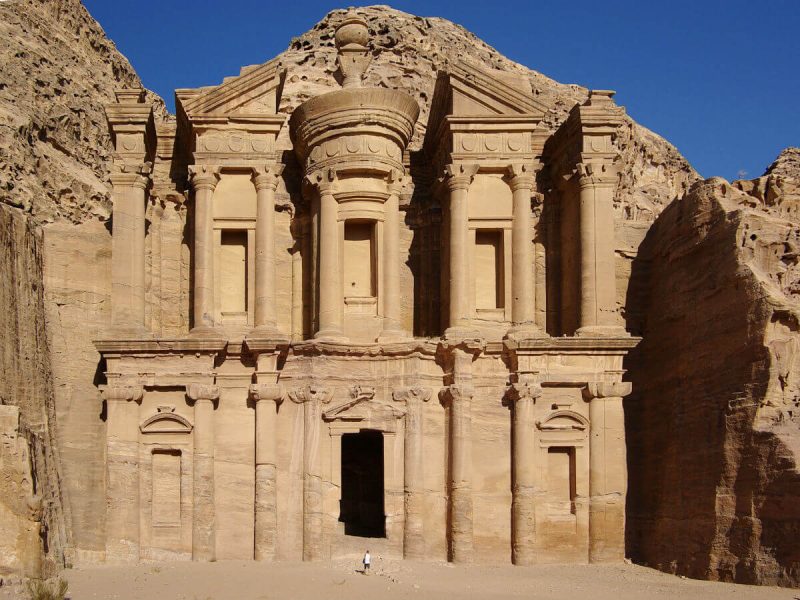 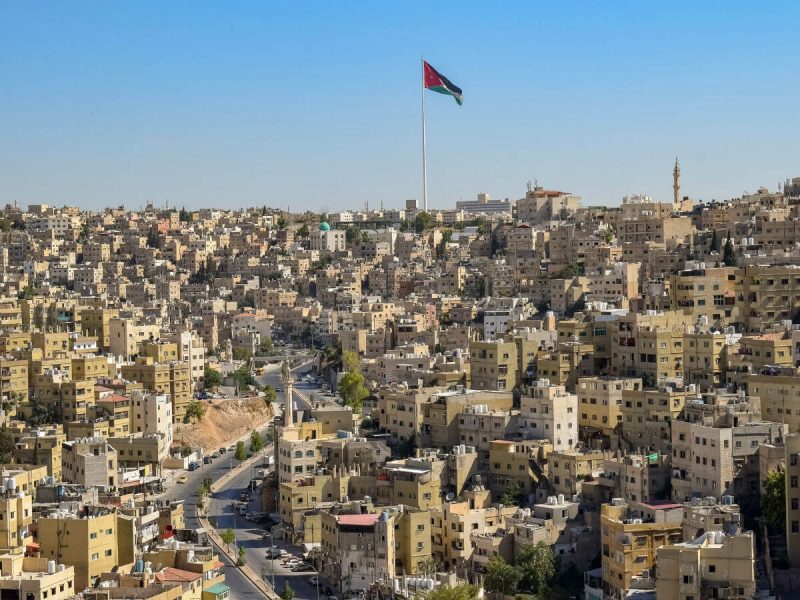 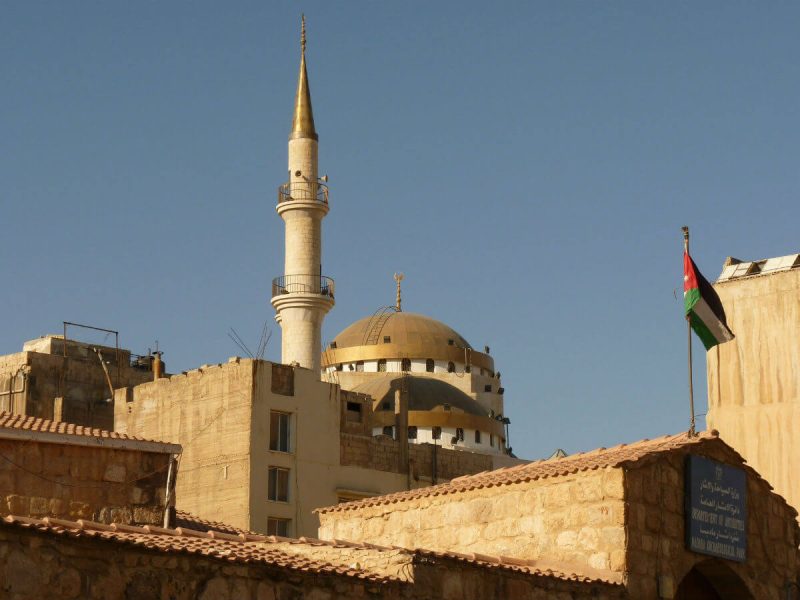 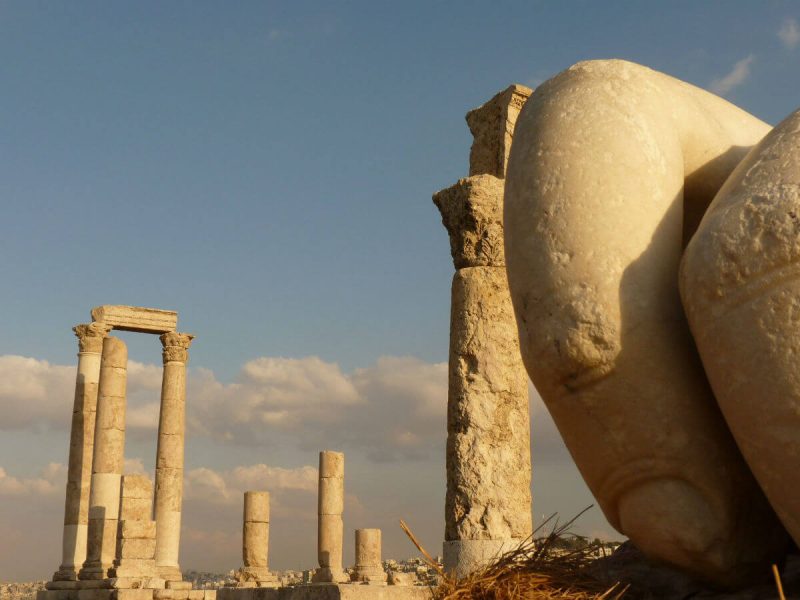 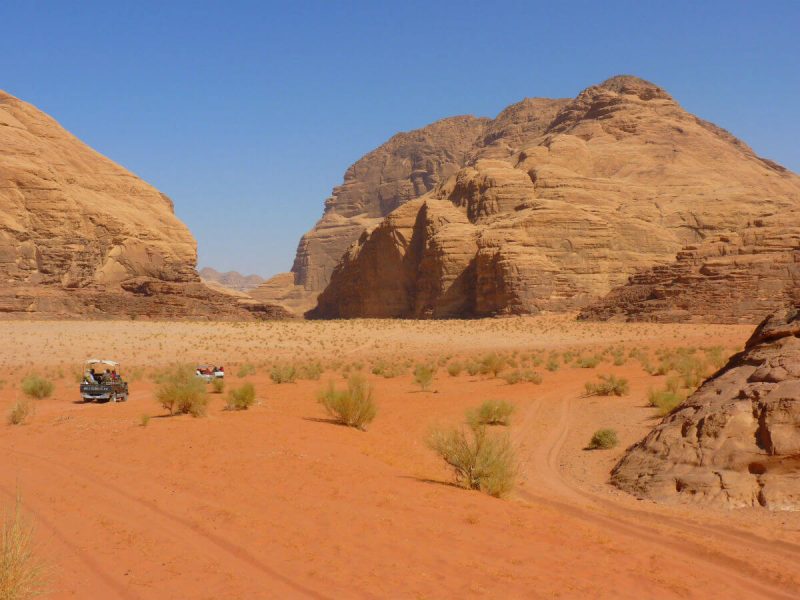 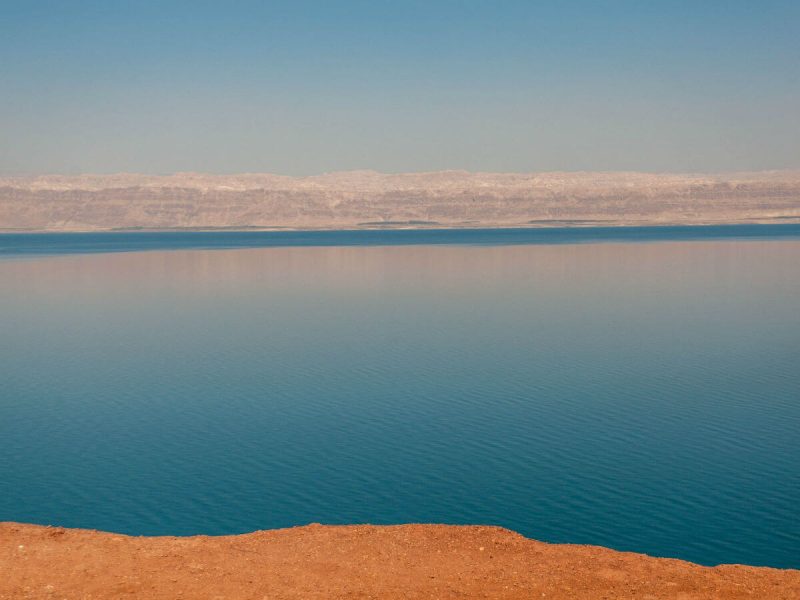 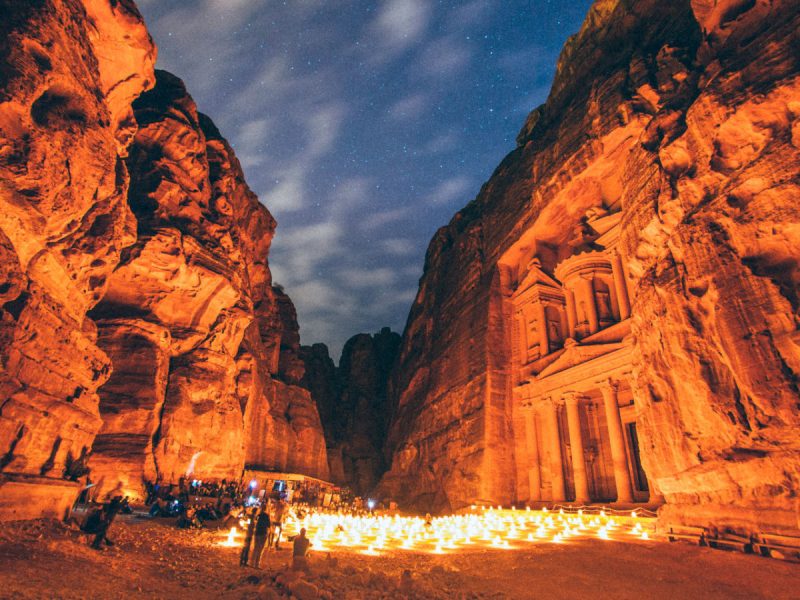